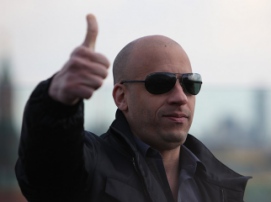 Celebrities often use social media to advertise their new films, music albums and world tours. That’s why the number of followers on Facebook and Instagram is more important for them than for regular folks. Relish Mix website has published the list of actors who hit the top in social media.

The absolute Facebook champion is Vin Diesel with his 100 mln followers. But he takes only the sixth position in the list with total amount of followers in three socials nets - Twitter, Facebook and Instagram. The first five positions are taken by Selena Gomez, Ariana Grande, Lady Gaga, Justin Timberlake and Dwayne ‘the Rock’ Johnson. The leader has got almost 200 mln followers.

To find out more, look at the chart below.