Does traditional advertising have no future? 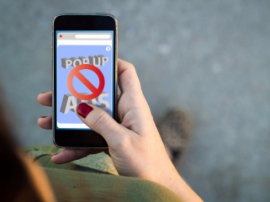 Each five European user has ad blocking on their smartphones. Such figures are higher in developing countries like India. Experts agree: traditional advertising has passed its golden age and the future belongs to native formats.

Transition process is painful for some business representatives. Some companies sue over ad block developers. Sometimes judgments are in favour of the plaintiff, as it has happened, for example, with German publishing house, called Axel Springer. Recently, he sued out free including of AdBlock into the white list.

Other companies choose changes: personalization and development of native formats. For instance, L'Oreal has decided to replace traditional advertising by promotion with video bloggers. Currently, the company is cooperating with 5 well-known bloggers in the Middle East and keeps examining new popular YouTube individuals.

L'Oreal is not the only company that prefers the second way. Enders Analysis has estimated: native advertising world budgets are rapidly increasing. In 2015, they amounted to 5.2 billion euro, this year – 6.7 billion and in 2020 will be 13.2 billion.

The reason is mentioned above blocks and the absence of desired response. Customers do not trust banners, pop-ups and automatically starting videos. Information provided in such a manner doesn’t seem to be reliable. It becomes especially challenging for developed markets: while in the whole world 41% of the audience trusts banners, in Europe it is only 27%.

Moreover, traditional advertising annoys. IAB polled the Spaniards and found out that the most unpleasant formats for them are automatic start videos, audio advertising, pop-ups and prerolls that can’t be missed. However, ask yourself: perhaps, your personal black list will include the same attitude.