The most popular Russian Internet video bloggers according to SNCE 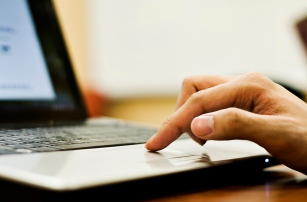 Recently, everyone couldn’t even imagine that the place for expressing opining on the Internet freely, called blogs, will have a great impact on the digital communication world. With the so-called video blogs appearing, Internet stars became as popular as pop- and film stars: the same huge amount of fans and immense influence on their opinions. The difference is in specifically author’s video blog content, as Internet has no imagination limits and they can talk about everything.

SNCE presents you five video bloggers who have acquired popularity very soon and transferred their hobby into a real work.

Kate Clapp. The most popular adviser of the Russian Internet. Her successfully arranged video blog and enormous charisma helps Clapp to reach multimillion views on YouTube. She discusses everything that can attract teenagers. Moreover, the light manner of rendering information involves users in real earnest. Currently, Ekaterina Trofimova (real name) receives fee for partner program with YouTube and recently became a representative of one of the international Johnson & Johnson company projects.

Dmitry Larin. That moment when your IMHO (Internet slang – In My Humble Opinion) is actually valuable within network. When Dmitry Larin realized this concept, he opened YouTube channel, called “Larin against”, and a public page in famous social network LARIN. Active author’s attitude makes his video blog really efficient. It is full of dark humor, sarcasm and discussions of any modern public figures. In general, the channel is rather for adult generation who can appreciate Larin’s irony.

Krygina. This is the example of winning the reputation. Elena Krygina determined clear goals of her blog – beauty and health tips. Each video describes unique make-up methods, body care and other women useful stuff. Currently, Krygina travels around Russia giving author’s master classes and even opened her own online shop. She is considered to be the original brand, followed by all fair sex of Internet users.

Sasha Spilberg. A good example of the person revealing their abilities and becoming popular due to video blogs. Sasha is almost a pop star within Russian YouTube. By the age of 18 she began to record her songs in studios and started with famous songs covers, filmed with the amateur camera and posted on her channel. The amount of views was increasing as well as Sasha’s popularity until filmmakers spotted her. The girl decided not to stop and began her blog giving various life tips. Thus, YouTube provided her with further solo singer career and interesting hobby.

AdamThomasMoran. This name means nothing for many people, but as soon as you find out that this is the name of Max’s +100500 channel, nothing left to explain. He is the first Russian Internet funny videos reviewer. All that he does in his videos is demonstrating popular funny clips and commenting on them with specific charisma. This led Max to the rapid career growth, including working for Russia-24 channel and opening of the famous Caramba Media studio. Generally, this a fairy story of blogger who has been just telling everything he thought to cameras.

Note for people interested in creating their own business on the global Internet: on April 26 the fourth international conference SNCE 2016, dedicated to digital marketing current issues, is to be held at the Courtyard Moscow City Center hotel.

Representatives of the event will discuss trends and new forms of online cooperation with the audience, successful Internet sales mechanism and establishing of the brand reputation in digital world.