How to advertise on Vkontakte: recommendations from SMM specialists 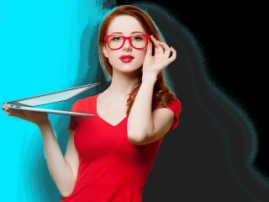 Professionals from leading Russian agencies are talking about successful and informative case studies.

1. Use advertising, rather than organic reach only

Ruslan Adiev, advertising manager at Arrow Media, tells about the promotion of clothes store’s contest. In order to participate, one had to make a repost. Winners got several items from the assortment of the store. In the first few days all group subscribers made reposts, and viral traffic did not increase any more. There were almost 2 weeks left before the end of the contest, and the agency decided to launch an advertising campaign. As the result, the amount of participants, as well as group members, substantially increased, and some customers made orders without waiting for contest results (sales increased by 7-9% during this period).

2. Try several options to find the best one

Within the selected CPC model the cost per click was consequently reduced from RUB 25-30 to RUB 4. CPM model was rejected due to its high price. Advertising in groups via Vk marketplace turned out to be quite efficient, but later it was rejected too: groups contained not enough of target customers, and ToBox public page was already well advertised. For other tasks CPC model showed more efficiency.

Anna Fokina, representative of Jubel, recommends paying attention to user engagement in communities, targeted for advertising. If the community has 5 thousand members, but not more than 20 comments, it is obvious that those subscribers are fake ones.

According to Dmitriy Chuchaney, it’s especially important for CPM advertising. Only in case you offer creative posts with well-thought-out information layout, you will get good reviews and high conversion rate.

5. Choose narrowly focused groups and build long-term cooperation with them

Maria Hermans, managing partner at Investum Russia, says that their company has been collaborating with a number of groups focused on renting for 2 years. These narrowly focused platforms show the highest conversion rate and allow cutting advertising costs by 5-7 times. They are usually not big, up to 50 thousand people (sometimes – up to 100 thousand).