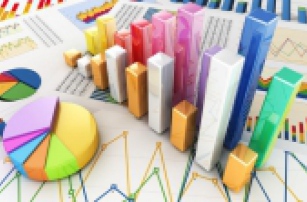 Russian Internet users have posted over 697mn links in social networks for October, with 3,7 million of them leading to 30 most popular informative websites.

The most quoted material is the page of the Golos (Voice) show broadcasted on the Russian First Channel for the second month in a row. The show is a way ahead of the number of references made to it – more than 20 thousand users shared it in social networks.

According to Brand Analytics, Russians are still interested in events in Ukraine. Among top-five most quoted materials is the investigation dedicated to Russian soldiers’ presence in the neighboring country and the note about Donbass battalion commander Semen Semenchenko. Social network users also lively reposted news about the State Department report on sanctions and the article about the Russian version of the “Gangnam style”.

A top-five leading publication rating hasn’t changed since September. Ria Novosti (News) website takes the first place for the second month in a row. In October the Ukrainian hub adhered to it – almost 5 percent of links lead to the Ria Novosti (News) Ukraine website.

Russia Today website is on the second place. The number of links on web portal materials in social networks has been decreasing for the third month in a row. The rating authors suggest that Russian Today editors target cooperation with foreign audience and opening new foreign channel studios caused such circumstances.

Rambler&Co holding group publications, such as Lenta.ru (the third place) and Gazeta.ru (the fourth place) are overtaking Russia Today on citations. Moreover, in October, Lenta.ru demonstrated the maximum growth in repost number in social networks.

LifeNews web portal is on the fifth line. In the previous month Vesti.ru and TASS reshuffled and, consequently, they are on the sixth and seventh places now. In October, NEWSmsk.ru (21st place) and the Sovetsky Sport newspaper website (28th place) returned to the top-30 rate.

The biggest leap in rating was made in October by Pravda.ru website that increased its position by six (24th place) at once. Dozhd TV channel (four lines up) and Kommersant newspaper (three lines up) websites also improved their positions. Rossiyskaya gazeta (Russian newspaper), NEWSru.com and IA REGNUM websites rose for two lines in the Top-30 rate in October.

Brand Analytics representatives note that a competition for Top-30 is very challenging. The difference between final positions is calculated in dozens links.

Altogether the Centre analyzed tens of thousands of sources. However, automatic messages generated by various social network systems and bots (robots) were excluded from analysis.